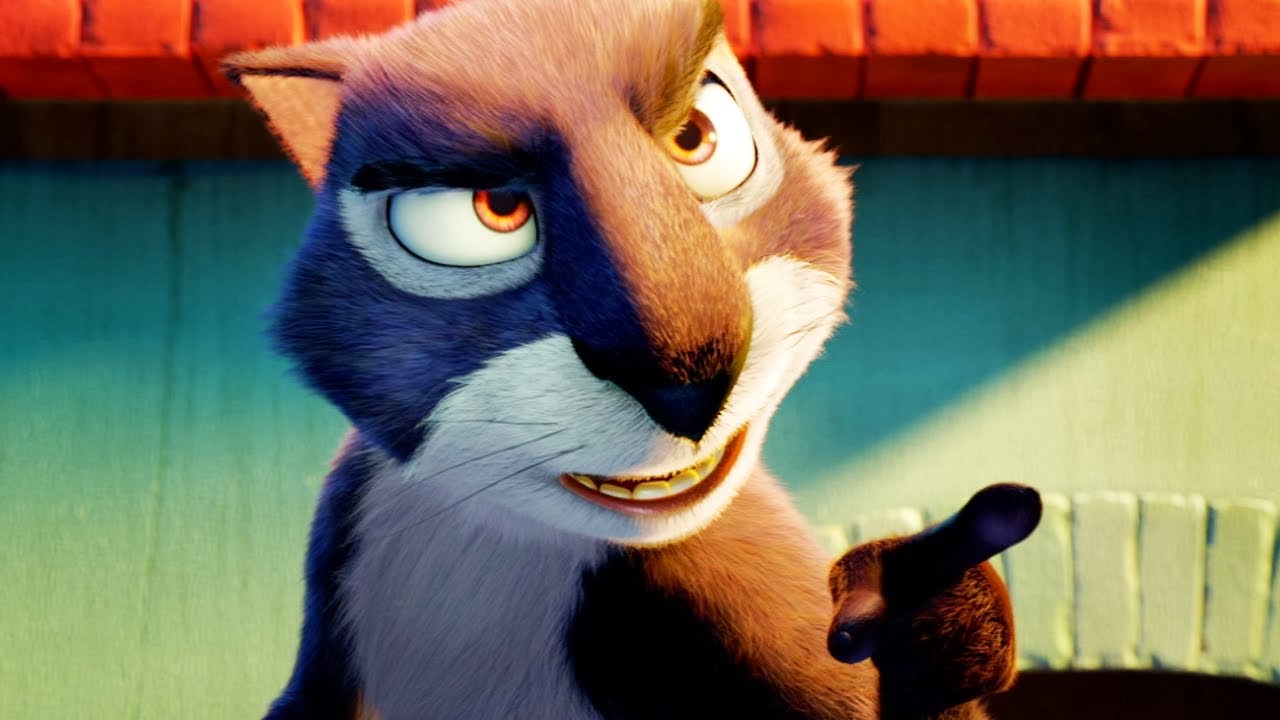 So The Nut Job is a quite perplexing little animated movie. Here we have a story about a purple squirrel named Surly (Will Arnett) who is a loner from all the other animals in a park, with the exception of a rat named Buddy who doesn’t speak. See, Surly doesn’t really get along with the other animals that live near a giant oak tree and are led by a Raccoon (Liam Neeson) called Raccoon (hmm, yeah). One day Surly and Buddy try to rob a hot nut stand; at the same time, Raccoon has sent two other squirrels, Andie (Katherine Heigl) and Grayson (Brendan Fraser), to do the same. Some things happen in the ensuing caper to cause Raccoon and all the other Park animals to kick Surly out of the park. Once out of the park, Surly and Buddy end up finding a nut shop and decide to do a heist to steal all the nuts from the shop so that they don’t have to worry about food all winter.

The interesting about this movie is how all over the place it is. I guess since the movie is focused on the animals they never really tell you the time and place of where this all happens; you have to figure it out with the weird stereotyped human characters. They seem to be characters from old movies from the 1930s to 1950s. At points, if feels like it’s a kid version of that recent TNT show Mob City. Most of the jokes are pretty simple slapstick gags. These work well for children who seem to enjoy that lot. There are some pretty good points, but overall a lot of the humor is forgettable.

Now, the actual craft of the film is something to talk about. While the film looks OK for the most part, it doesn’t really stand out in any real regard visually. Most the human character just feel like paint-by-numbers, fit-the-stereotypes type of designing. All the animals actually look most like the animals they are, but that leads to another problem in that the animals they used to look alike, and so the different characters start to look the same and you start to forget which character is which except for Surly, since purple squirrels don’t exist. Most of the lighting and textures are also kind of bland and repetitive – daytime sunny and yellowish or nighttime dark and purplish. I guess they were going for a certain feel but things could’ve been pushed a bit more for it to stand out. The actual animation or movement of the characters is pretty good, especially the facial animations. It really excels there with showing the feelings and performances of the characters.

So with The Nut Job we have a movie that in way is marketed like an Over The Hedge rip-off that never really escapes that idea at all when it’s on. The Nut Job isn’t a movie that maybe you should rush out to go see and spend those hard-earned dollars on now. It’s pretty telling when the most memorable thing in the film is a credit sequence with a 2-year-old South Korean pop song hit. While it’s quite enjoyable to kids it will be just as enjoyable when it’s on DVD or OnDemand in a couple of months. This is one you should probably sit out.