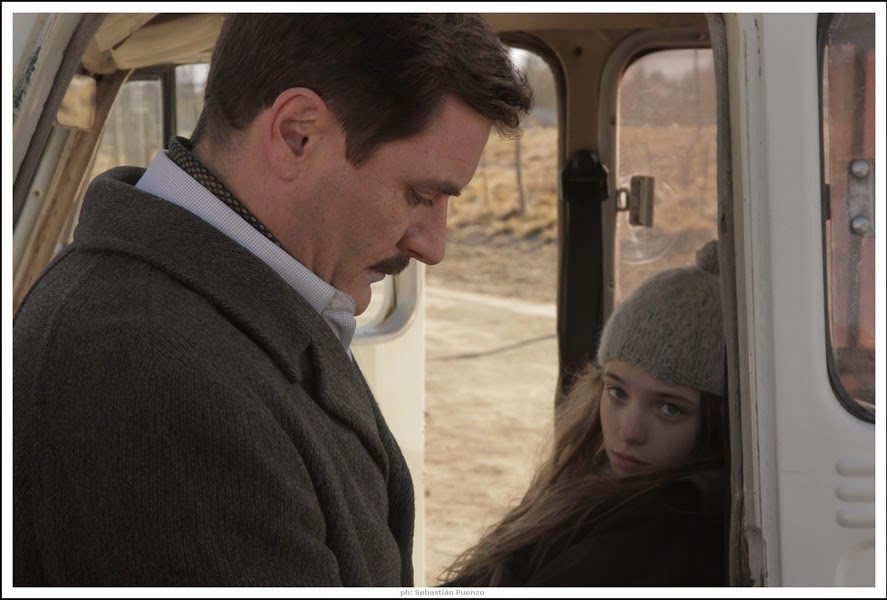 Every now and then you end up seeing films that you literally never heard of from anywhere. This tends to happen with a lot of foreign films for us people here in the United States; even with all our Internet and social media and such, things fall through the cracks. This happened to me with the film The German Doctor. This film was at Cannes last year and was even Argentina’s entry for the Foreign Language Film category in the Oscars this year.

The German Doctor, also titled Wakolda, is based off a novel of the same name. The story is about real-life Nazi war criminal Josef Mengele, who performed genetic experiments on people in Auschwitz, who after the war fled to Southern America and lived in secret.

Most of the story and film is about him meeting this family headed by Enzo and Eva as they go to Bariloche, where Mengele takes an interest in their 12-year-old daughter Lilith, who he feels is too small for her age.  From there he works his way in and gathers the trust from the family to help her; using his knowledge, he helps her reach “normalcy”. The film does a really great job of the quiet moments with his interaction with the family, especially the daughter Lilith and mother Eva, who basically trust him blindly. Florencio Bado, who plays Lilith, can really hold her own on screen with all the other actors actually steals the show from them constantly. Diego Peretti is also fantastic as the patriarch of the family Enzo, which is the only one we see that is always leery of this German man that has befriended his family. For me, Enzo is the character that really drew me into the film, since the performance was so well done you could see Enzo’s thinking that this man was not what he made himself out to be.

Now here’s the thing with this film: It’s a really good film for about 85% of the way through. It’s a very quiet and slow-paced film that really doesn’t let you in on Mengele’s secret, and that’s commendable. There are no real super-blatant HE’S A NAZI moments in the first 15 minutes or so. It lets you pick out the clues. The part that really knocks the film down is that the last 15 minutes feel greatly rushed; all of the sudden there’s a chase and Mossad is there and everything. It made feel like I went from watching part of the second act and skipped through most of the third to the resolution of the story. It left me wanting, and things felt left out. I never read the novel (and to be honest, had never even heard of it), but I just feel there is a bit more that was cut out for time.

One last thing another thing I really liked is that they were able to keep the Mengele/Lilith relationship and interaction free of any sexual creepiness. For me it feels like too many films like to go into a Lolita realm even just a little when it’s not needed at all. Overall this film is really solid and good. It’s worth seeing especially if you’re looking for something to see that isn’t all loud, CGI-heavy, and full of cartoon characters. The German Doctor is really good, just not great.