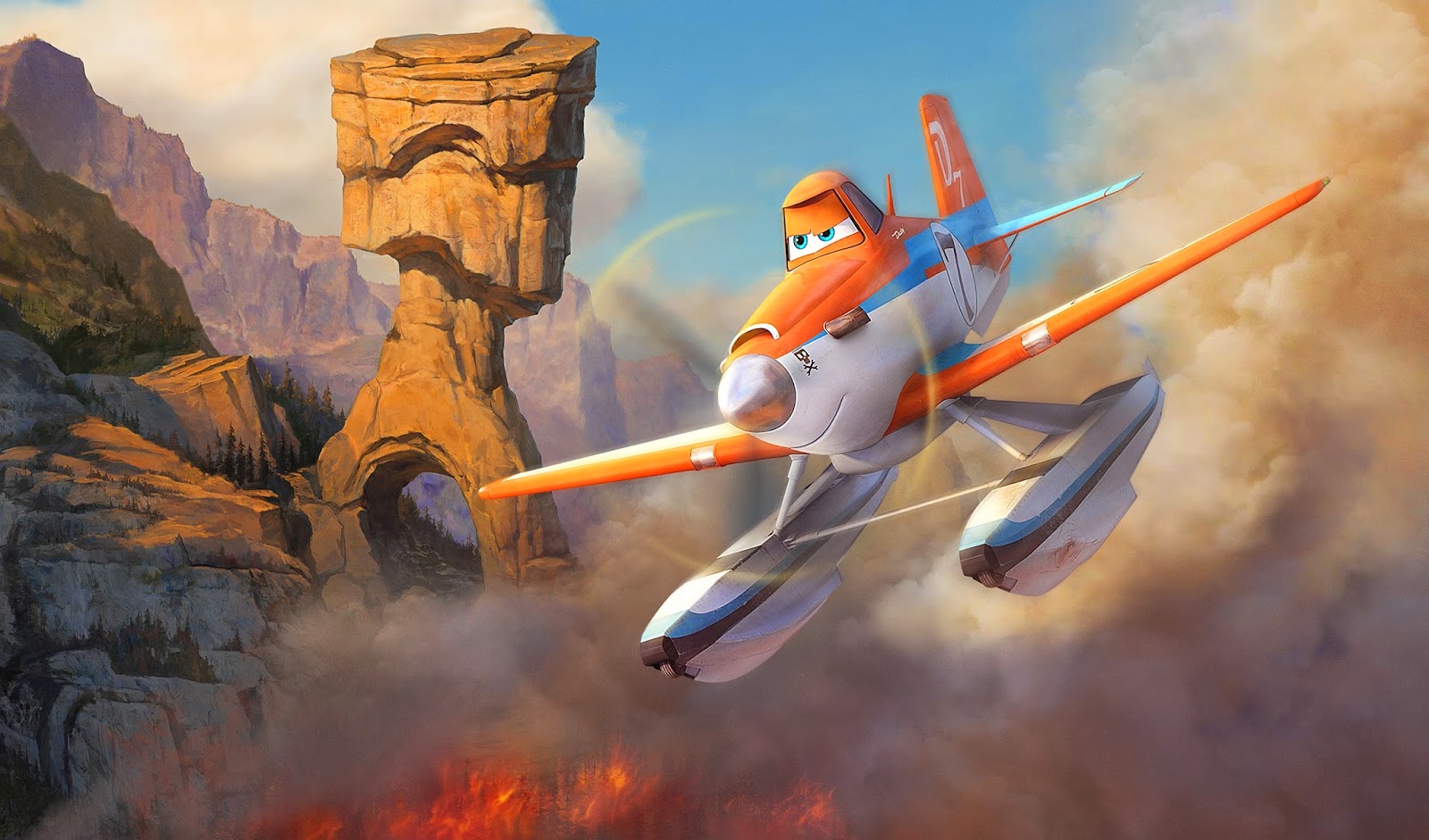 You know what the Planes franchise reminds me of? It reminds me of Disney in the 90s when they’d make something really successful, then would make a direct to home video sequel followed by a whole syndicated animated series spinning out of that. So that gives us Planes the spinoff from Cars with no Cars characters in it. Much like those 90s things this feels like a way to extend a brand, but unlike say the two extra Aladdin movies or the many Lilo and Stitch ones, Planes and even more so Planes: Fire & Rescue lacks the heart.  There is an attempt in this one to seriously  honor real-life wildfire fighters but what we get is a seriously weak offering.

Planes: Fire and Rescue is a pretty lacking movie in many regards. It’s not like it’s lazy but I do question if it was so smart to continue with how they wrote the story. Taking place after last summer’s film, Dusty (Dane Cook) now a world famous racing plane and is on top of the world. A major event is coming to his hometown but right then Dusty finds out he can’t race anymore or he’ll crash. In a state of rejection he flies off and ends up starting a fire that alerts the town fire engine, Mayday. Due to his age, Mayday doesn’t have the ability to cover the town by himself, so Dusty decides to make up for his error by becoming a fire and rescue plane and saving the town in time for the big event.

Many of the same problems that affected the first film have been amplified in the sequel.  A ton of the setup felt rushed even for a kid’s movie, and many of the sight gags overpower the story and the characters. For a lot of the movie Dusty has what is in effect a major health issue but he doesn’t tell any of the new folks he is working with. He’s essentially endangering his co-workers for more than half the movie. Now a lot of the sight gags are pretty good, there is this one joke based on a pretty classic television show that had everyone over 30 dying from laughter.

The main thing that is undeniably great about this movie is the care in which they take in flying scenes. Those are breathtaking and also the flying sequences in which the characters are fighting fires are really phenomenal. The textures and rendering were also really good and improved from the first one. DisneyToon studios also seems to have a handle on the Cars world and character style now. They seemed more willing to exaggerate certain traits than in earlier films. I truly wish a lot of the care that went into all those scenes and visuals were spent on the script.

I hope that if they continue with Planes as a theatrical franchise they at least improve their stories and characters along with how they look. I know a lot of people worked really hard on this but it never stopped feeling like a direct to video movie. Both movies didn’t, actually.  It would be nice if Planes could feel a bit like it had some more of the Disney magic and not just an extended excuse to sell more little toys and Legos.