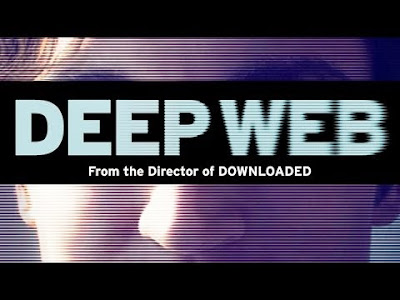 In all of the crises the news shows us each and every day, do you remember the one about the Silk Road? It’s the place in the dark corners of the Internet where people are able to buy and sell illegal drugs anonymously. All the gloom and doom and punditry of people on our TV screens about this site and its revealed owner, the “Dread Pirate Roberts”. Well probably not because like most things it’s a crisis one second and forgotten the next. The documentary Deep Web seeks to learn more about the creation of the Silk Road, the man who created it and why he did it. Director Alex Winter who’s last documentary Downloaded explored the rise and controversy of Napster turns his critical eye onto this disruptive new force on the Internet.

The film seems to focus on three things: Ross Ulbricht, the man who became known as the Dread Pirate Roberts, The War on Drugs, and the disruptive nature of the Internet on established forms of commerce. I feel it pretty much covers all of this well making the case that much of the problems right now we have are connected to the 40-year-long “War on Drugs”. Through home videos and interviews the people who know Ross paint him as a pretty sympathetic figure, as a person that wanted to change how things work but doing so with a site that deals in crime. I don’t totally buy into how good they make him out to be; this sense of him as a good libertarian that was totally true to his ideals. While he seems to have some good ideas the site seemed to become its own thing, kind of like 4chan from its creator.

To me the best parts of the documentary were spent on interviews with a journalist who was doing stories on the Silk Road and how law enforcement were so gung-ho on ending the site and capturing who ran it as quickly as possible. It shows that this site where people could sell these things to people allowed the transactions of controlled substances, using ratings and feedback likeother online marketplaces. No corners, no violence, no bodies and less violent crimes being committed. It brings up the idea that the Silk Road needed to go down because too many people would lose money if this caught on.

In the beginning there is some explanation of how these dark Internet sites are made and how they function. It also tries to cover some of the culture within these types of sites with interviews and such. Overall this is a very solid film; my one main criticism is that I wish it was longer and explored more of the other sites that popped up after the Silk Road was taken down for a bit and the face going through indictment and trial. All in all EPIX does a great job presenting documentaries on subjects other places don’t really have. It you have the channel take some time and check it out