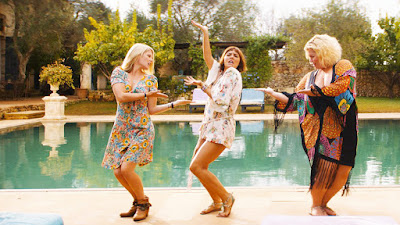 See I really like musicals and I don’t mean in a guilty pleasure way either. I like them old joints with Gene Kelly or my dude Bing Crosby to West Side Story and Grease to even stuff like Glee and Smash on television. So when I got a chance to see Walking on Sunshine I was optimistic. I saw that, hey, Leona Lewis is in it and she can sing so it must have something going for it. Sadly I must say it’s not what I expected and not as much fun as the songs they were singing in the movie.

Walking on Sunshine is about a young woman named Taylor who’s just came from holiday with Raf, the man of her dreams. They eventually break-up, and three years later she goes to her sister Maddie’s wedding, only to learn that her ex-beau Raf is now her sister’s fiancé. So now the main thing of the movie is dealing with this weird triangle of love and untold secret love. There are a bunch of other characters like friends and groomsmen and past lovers but most of the story is lost in the regular stoppage of the story for songs.

Here’s the thing with the music; it’s mostly mid 80’s pop & rock songs. The songs they use are really distracting, even if they kind of fit into their parts of the story..It makes you feel like you’re in some weird Karaoke universe where the Karaoke is part of a stage play. Not long after it begins the film jumps right into a cover of Madonna’s “Holiday”. It’s like, well dang can I get some more story first before singing? A lot of the first half is like that, then in the second half they try to pack in a lot of plot with less singing but by then you’re kind of out of it. You don’t have the same connection to the characters as much because you’re pulled away by the music.

Most of the performances were okay, overall. This movie is like one of those standard romantic love stories for young women that you see around the beginning of the year. I do think this movie could’ve done better with original music. It’s too heavy for a nostalgic film for music lovers over the age of 35. Looking at that makes you ask who the audience is meant to be, Gen Xer’s or Millennials? I do think a talent like Leona Lewis is wasted by being just a supporting character with only one song. I was really rooting for this to be dope but it just wasn’t. It came off as a young woman version of “Mamma Mia” without a lot of the charm. It became too reliant on 1985 MTV playlists and didn’t make you care who ended up with Raf or that there was a wedding. I think Walking on Sunshine is really something you should stay away from unless you really really have nothing to do or you really want to see some one else sing “Wake Me Up Before You Go Go” besides Wham!